Lonely Planet is an English language guidebook that boasts the number one shares in travel books worldwide. Writers travel to the locations they write about for a direct experience, and share that real information with travelers all around the world in their guidebooks.

The newly released “Wellness Escapes” profiles destinations around the world (including yoga, onsen, spas, nature activities and more), and retreats (hotels and ryokan that are almost hidden away), at which readers can escape from the stress of modern life and find a greater peace and happiness.

Bettei Otozure is featured in under the “indulged” section, in which the healing effects of Nagato Yumoto Onsen’s spring waters, and the kaiseki meals full of local ingredients from land and sea are introducted.

Bettei Otozure was featured in an article from CNN Travel titled, “Japan’s most beautiful ryokans invite you to do absolutely nothing.”
We are extremely honored for Otozure to be listed amongst some of Japan’s most distinguished and “exquisite” ryokan.

Today we’d like to introduce you to Nagato Ichinomiya Sumiyoshi-jinja Shrine.

The centerpiece of the shrine is its Main Hall, a National Treasure, and one of just three buildings. The Main Hall was built in 1370 by the shogun Hiroyo Ouchi, and its unusual 9-ken (a ken being the distance between supporting pillars of the shrine) streamlined roof style (nagare-zukuri) is a unique feature that visitors can enjoy.
The Sumiyoshi-jinja front hall, in front of the main hall, was constructed in 1539 with a donation from daimyo Mori Motonari, and is designated as a National Important Cultural Property.
You can also hear that this shrine was an important place for the Ouchi and Mori clans, who were important historical figures. 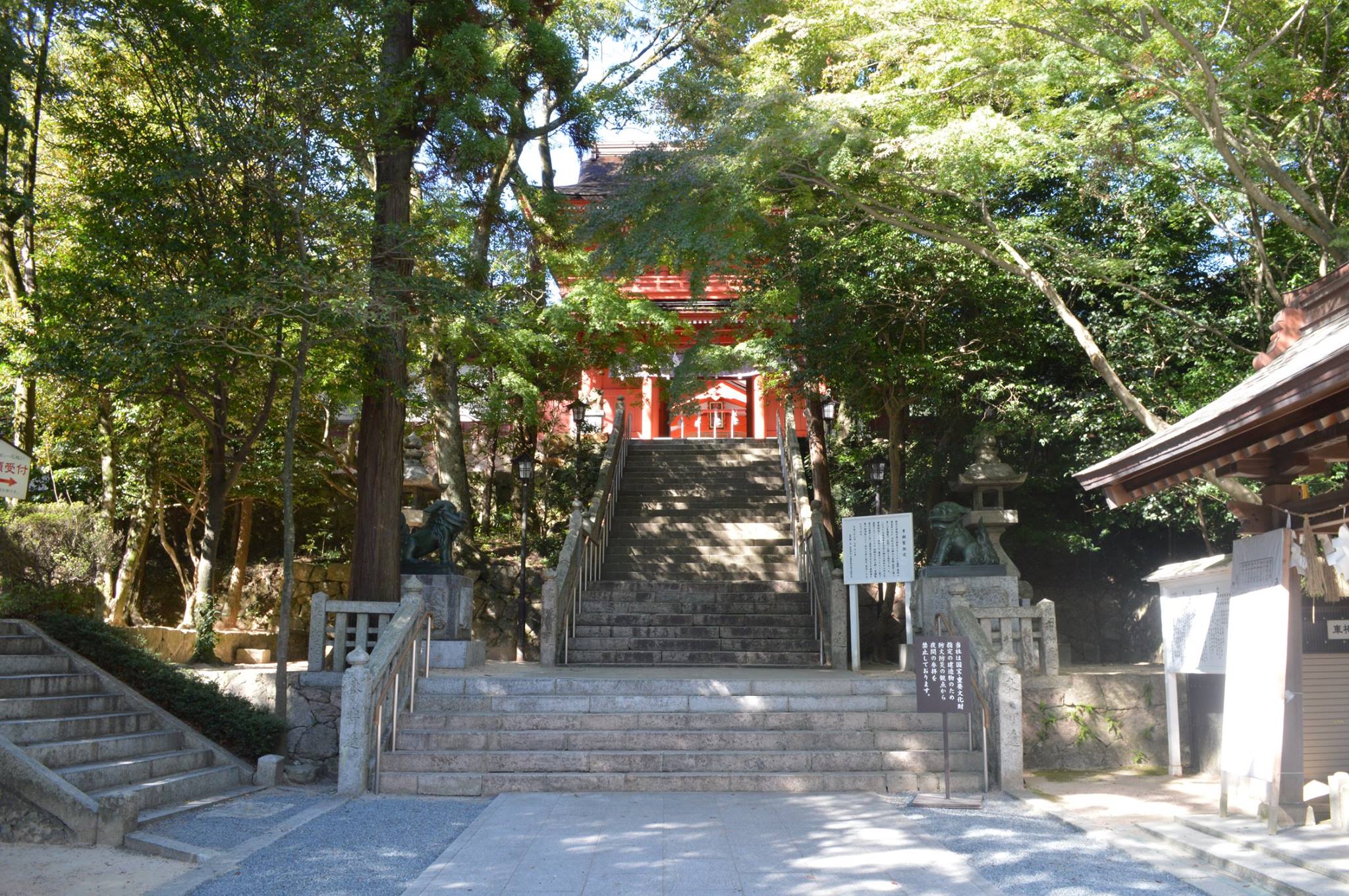 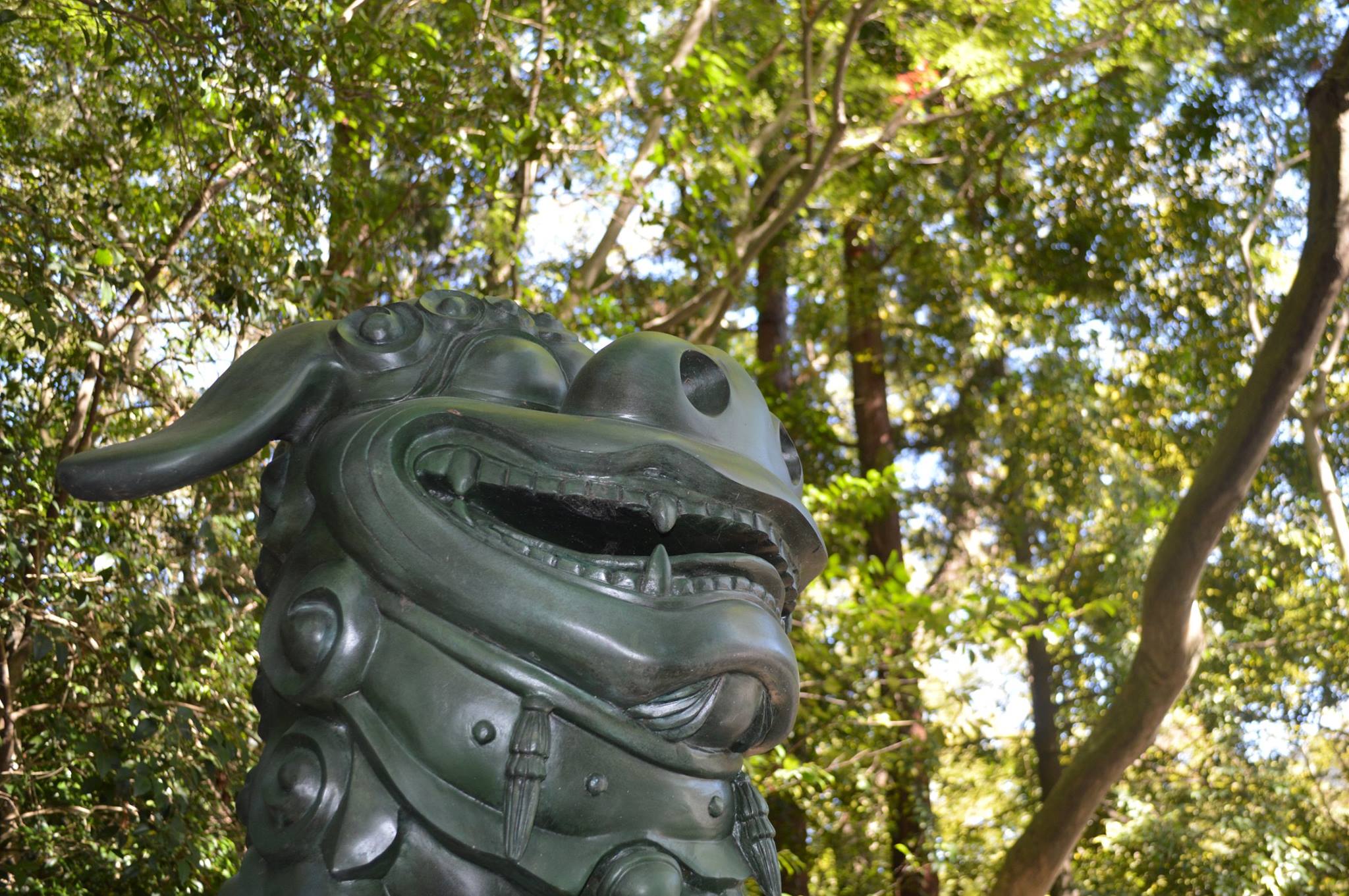 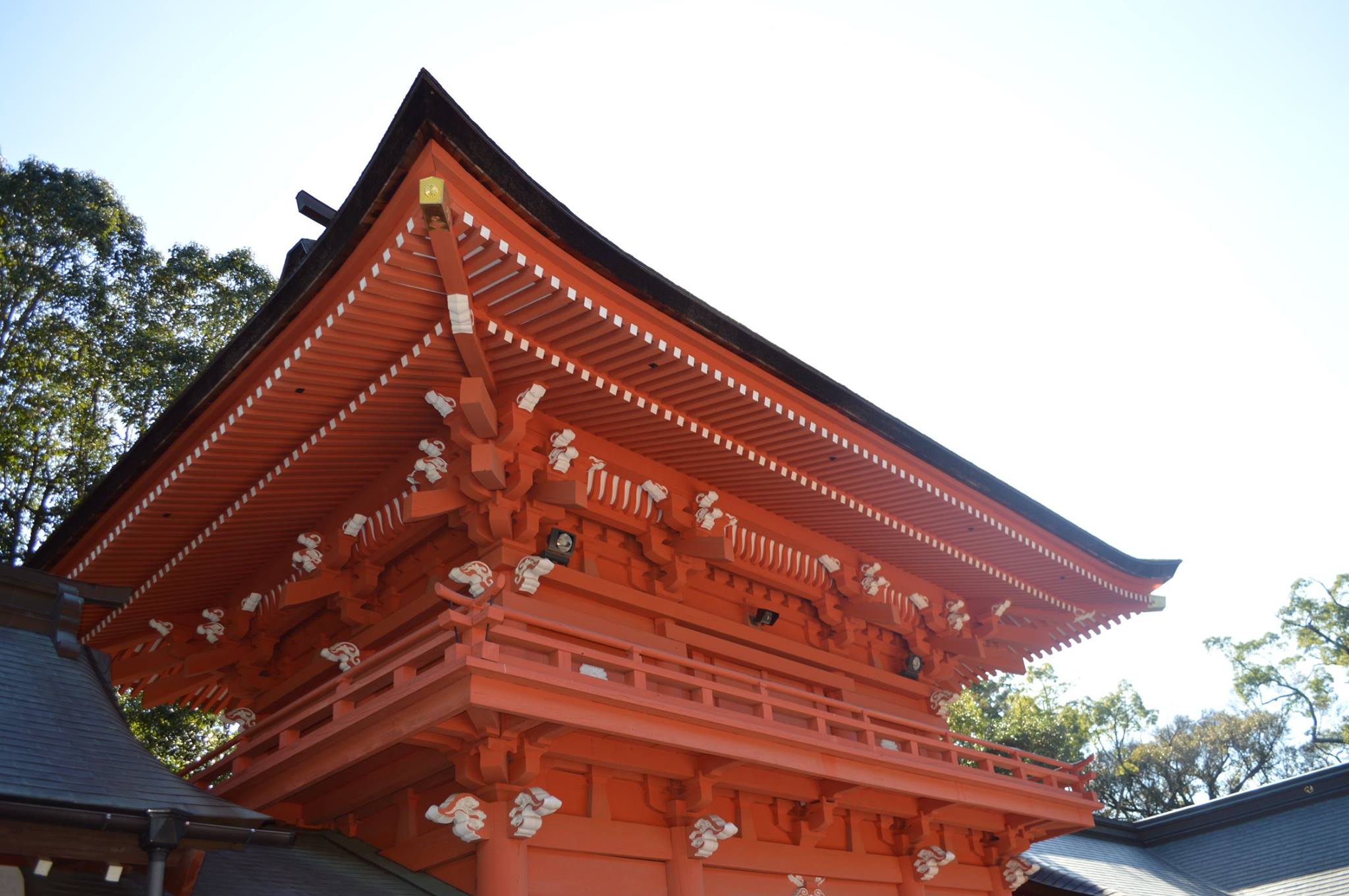 The Sumiyoshi-jinja front hall, in front of the main hall, was constructed in 1539 with a donation from daimyo Mori Motonari, and is designated as a National Important Cultural Property. 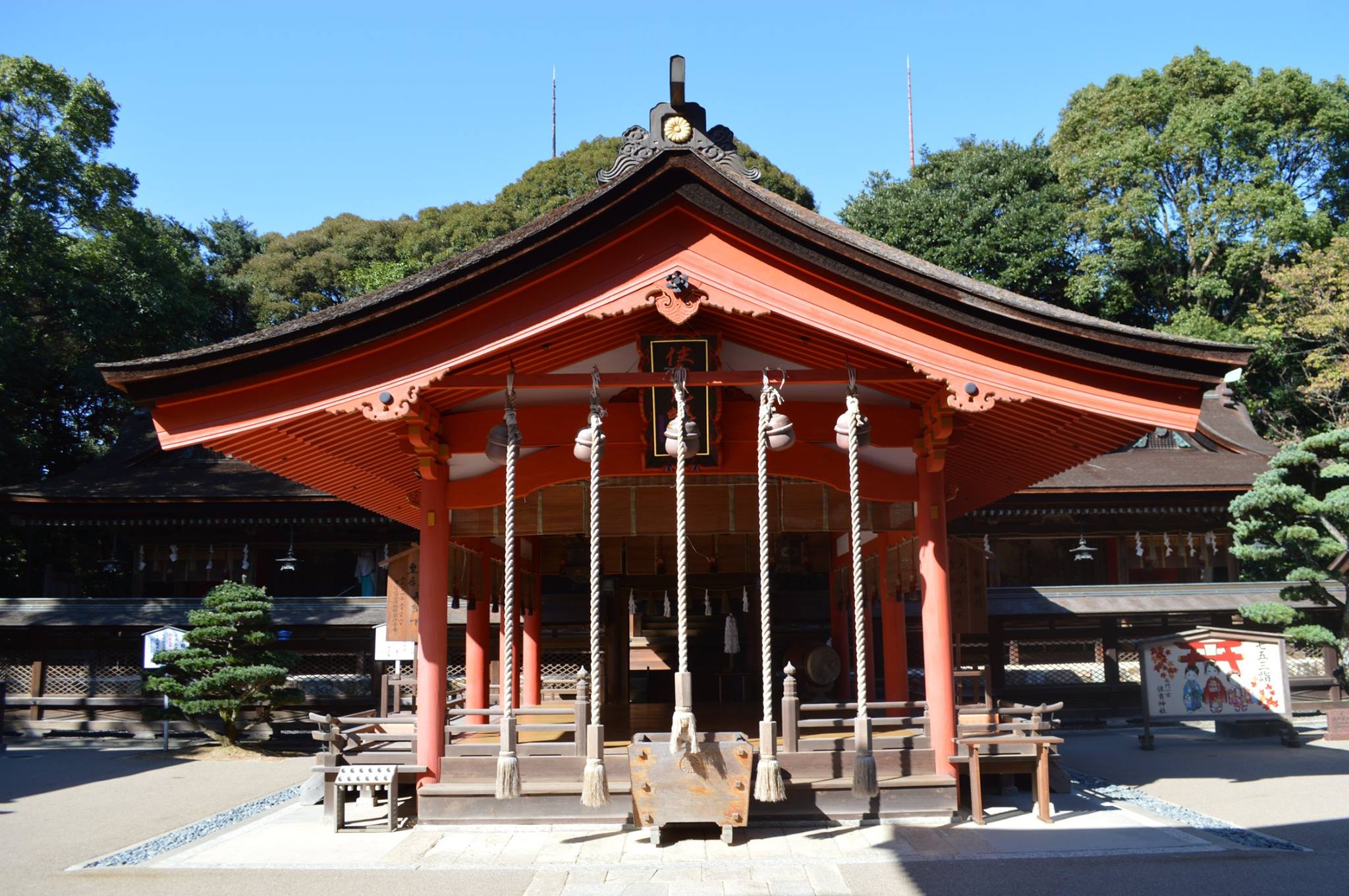 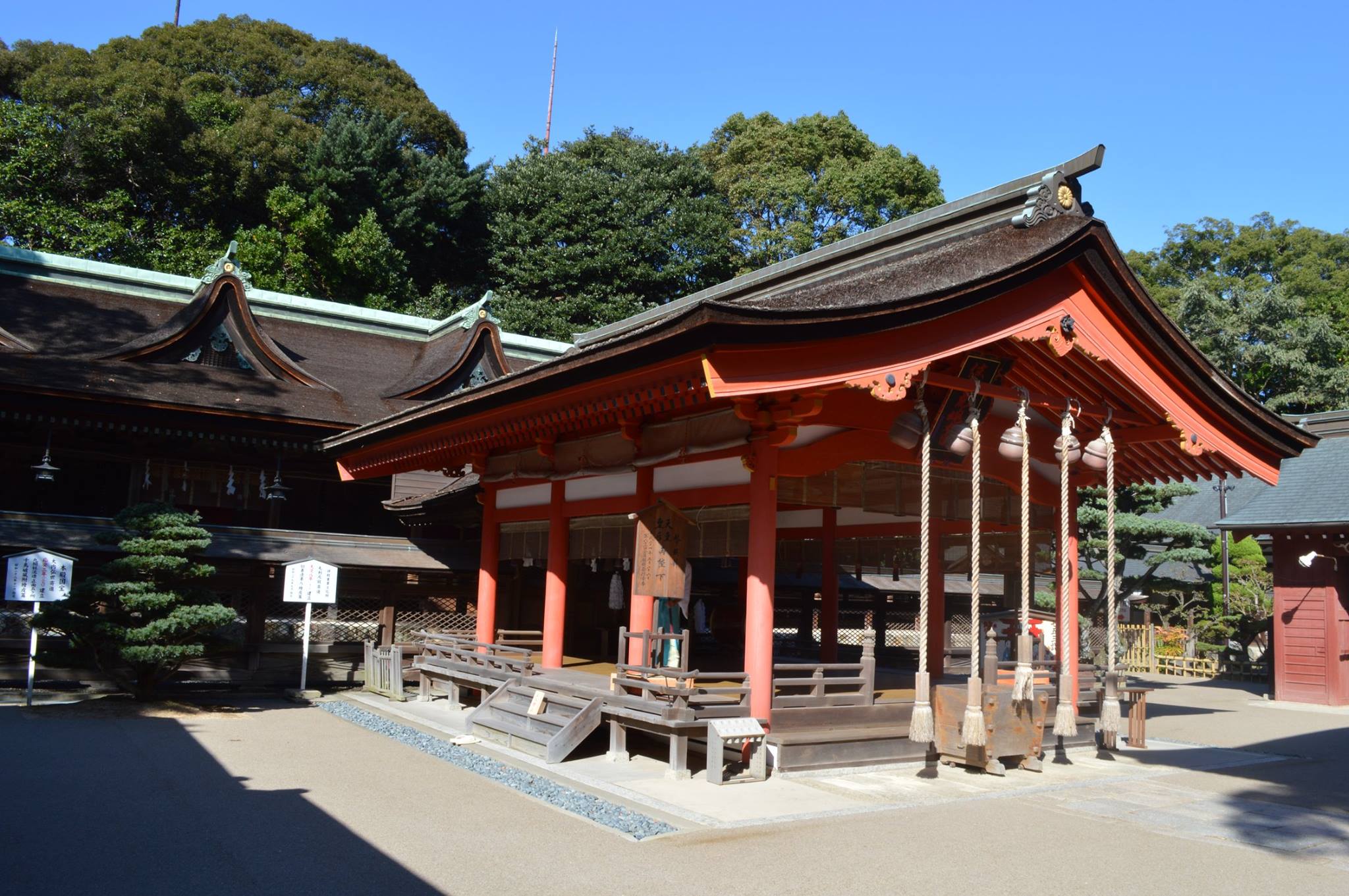 The Main Hall was built in 1370 by the shogun Hiroyo Ouchi. The beautiful architectural features of this hall, including the peaked “chidori-hafu” gables at the front of the hall, which are made to connect as one piece with the streamlined roof style (nagare-zukuri), as well as the building’s overall unusual 9-ken (a ken being the distance between supporting pillars of the shrine) construction are unique features that visitors can only enjoy here. 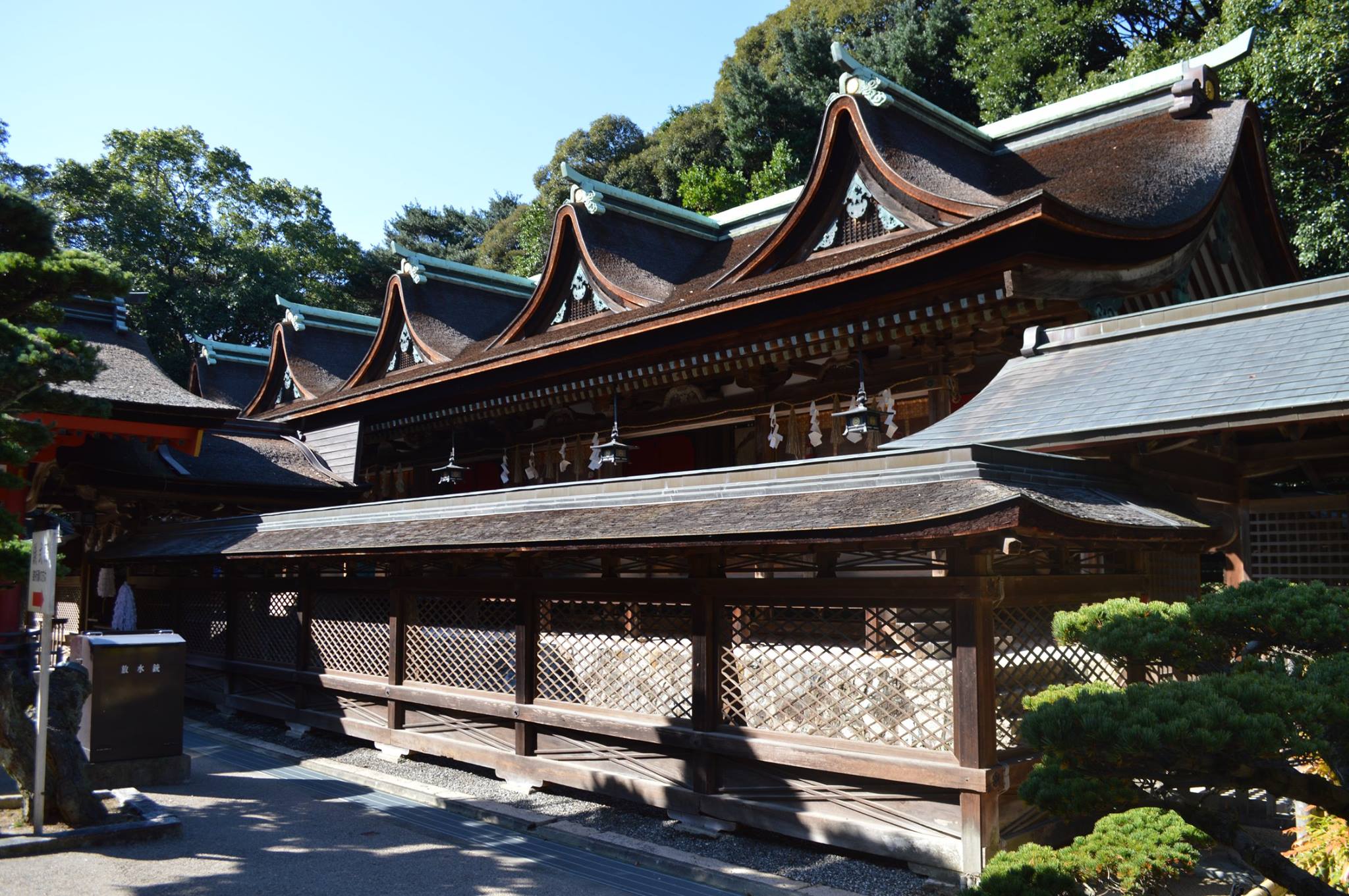 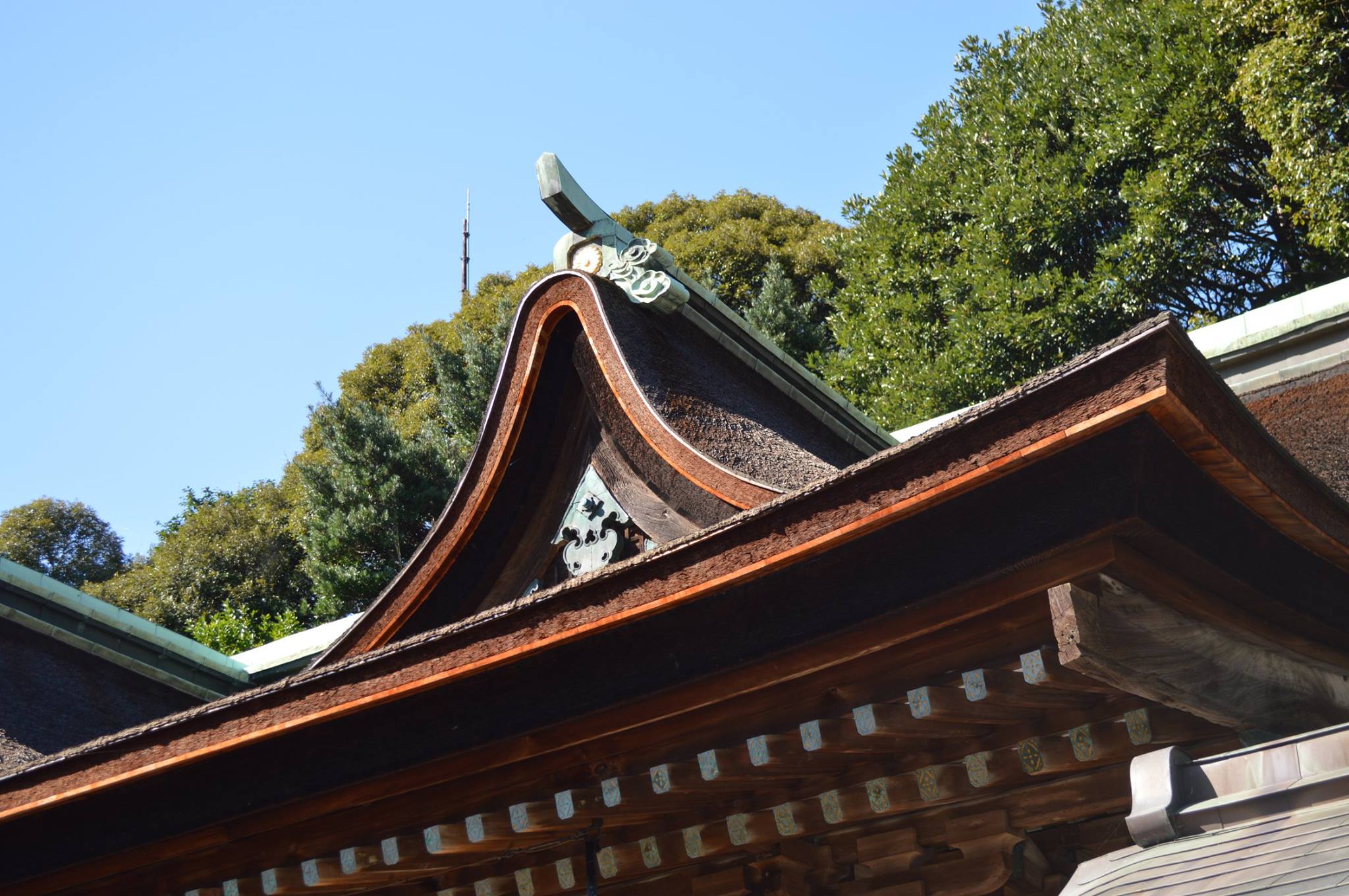 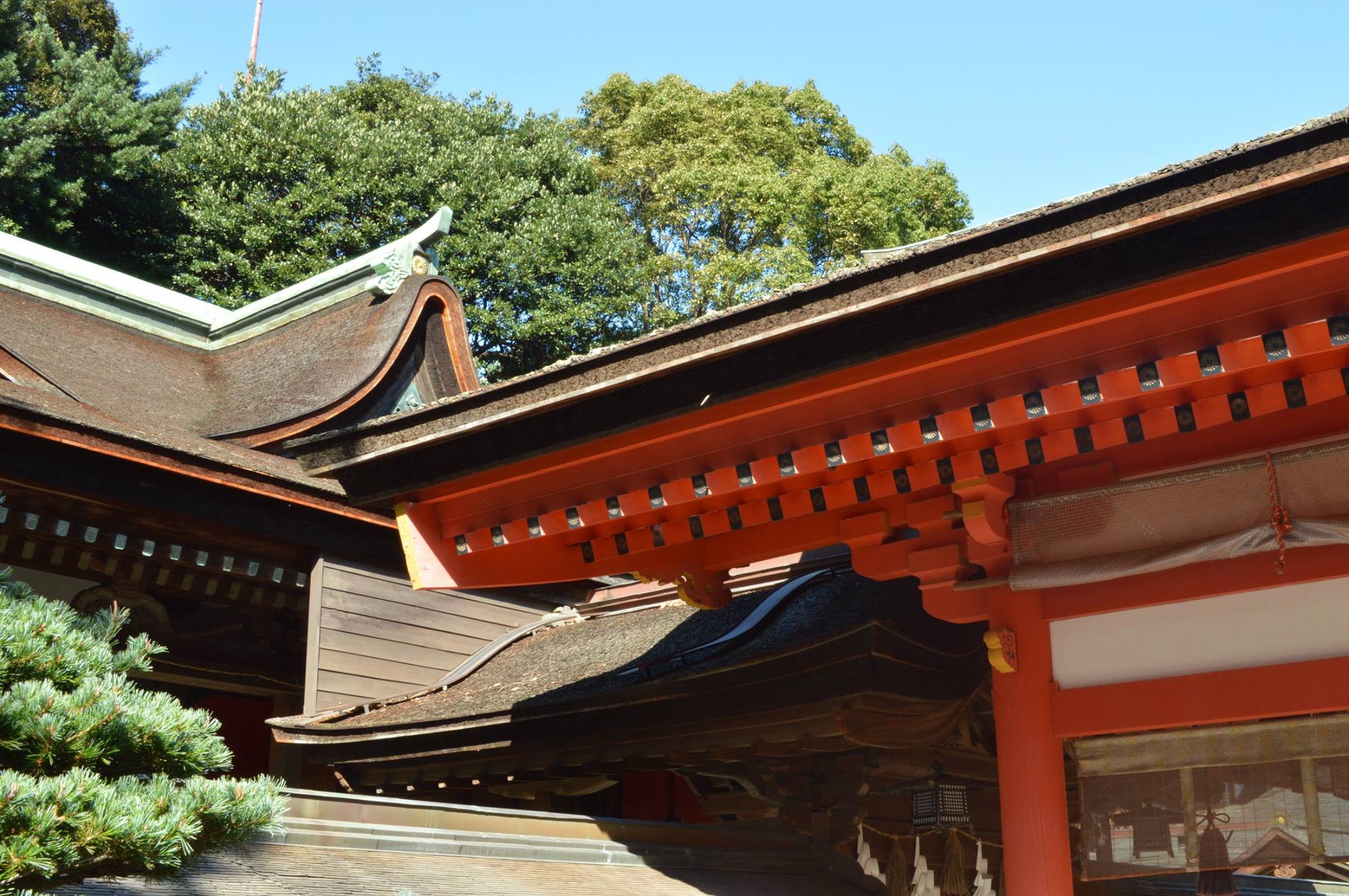 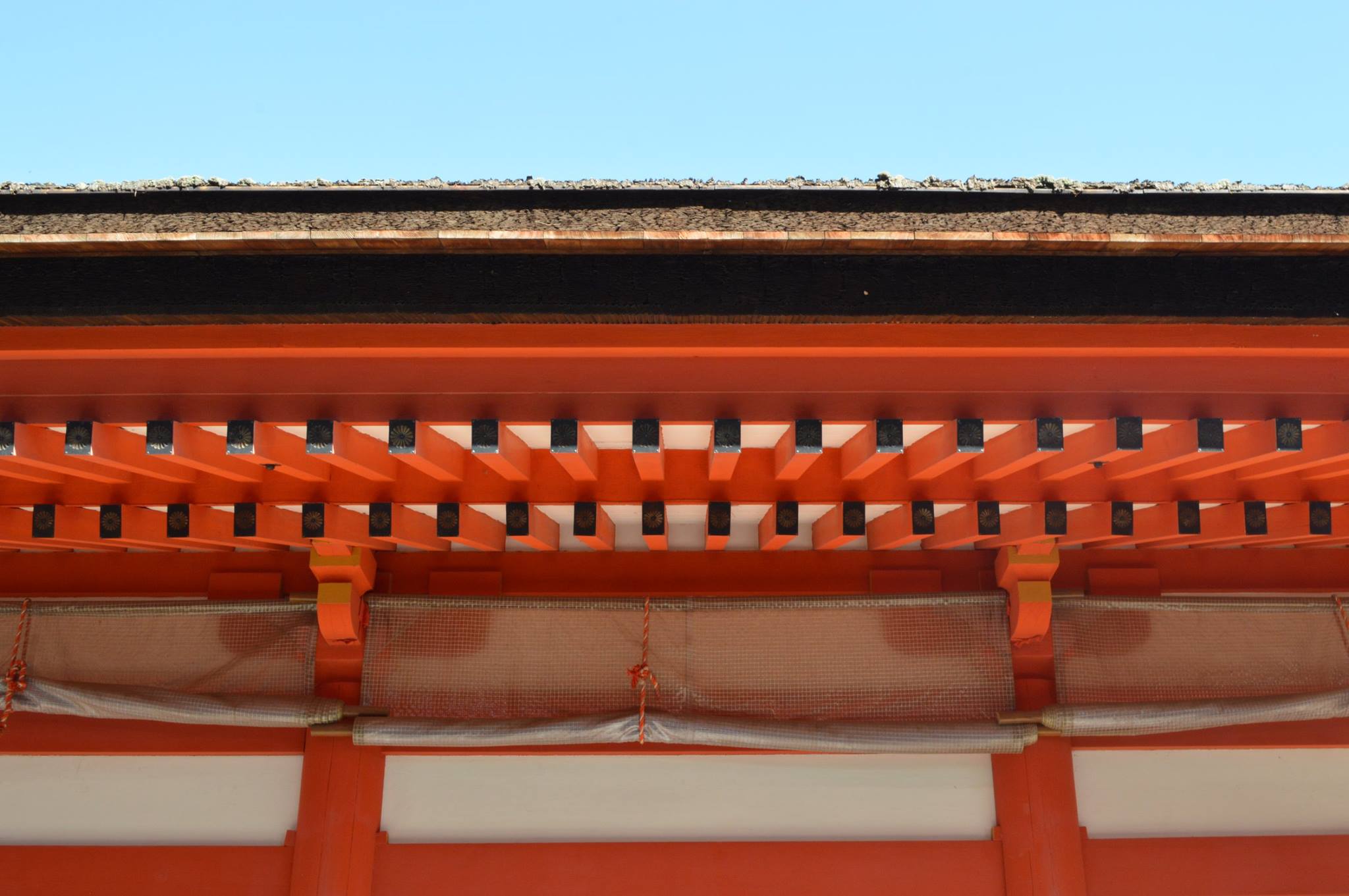 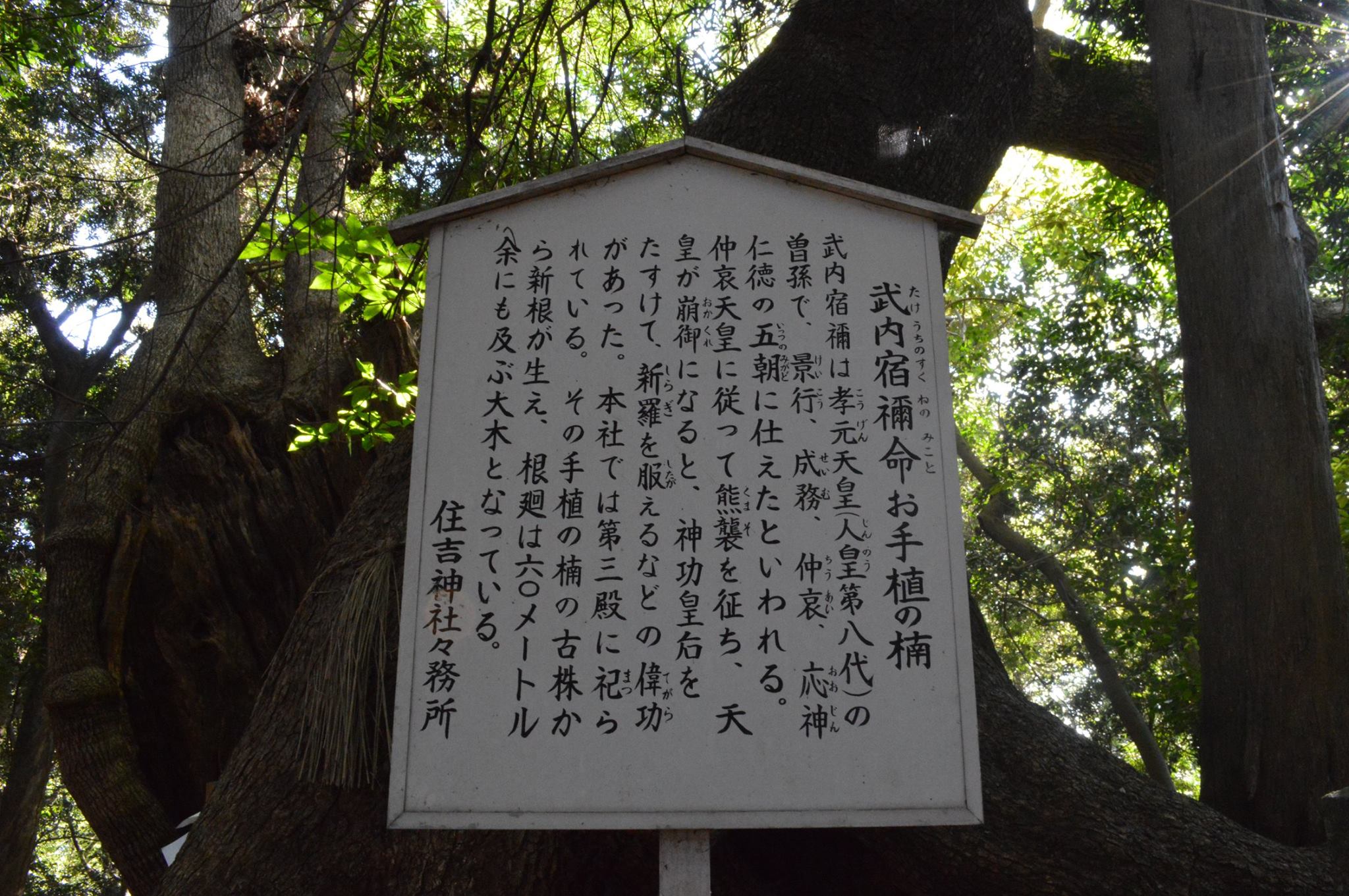 Bettei Otozure was featured in “Gault et Millau’s” Tokyo, Hokuriku, Seto 2018 Feature. “Gault et Millau” is a gastronomy guide with a great history, published in 20 countries. Bettei Otozure was featured in the second issue of its Japan edition.
Bettei Otozure received the Hospitality Award with the following description:
“An inn that offers a style of hospitality that cannot be experienced elsewhere, based on its unique philosophy. With the environment that surrounds the inn, and of course its interior, Bettei Otozure is an inn that takes care to surpass the expectations of its guests.”

See the Hospitality Award from the second issue of the Japan edition of “Gault et Millau” here.

Bettei Otozure was featured in the overseas edition (winter issue) of the magazine “Katei Gaho,” as a, “Ryokan so comfortable, you’ll want to spend your winter here.”

The article introduces the healing waters of Nagato Yumoto Onsen, which is famous for its skin-beautifying properites, and a description of the seasonal pufferfish and pufferfish hotpot that can be enjoyed here are also described.

We’ve also begun to accept reservations for our “Pufferfish Kaiseki Plan,” and our “Tiger Pufferfish Full Course Plan.”
Spending a chilly warm in the comfort of Bettei Otozure is unlike anything else.
We look forward to welcoming you.

Bettei Otozure was featured in the 2016-2017 issue of the Club Concierge’s “Luxury Japan.”
This publication is aimed at visitors from overseas, and features beautiful photography.
Guests here who so desire may receive a copy.

Bettei Otozure was featured in “Ultimate Inns: 50 of Japan’s Famous Inns,” released by a Taiwanese publisher.

Otozure is introduced at a length of seven pages.

The photos used in this introduction were taken on a day with heavy snow, and the introduction encourages readers to enjoy a “snowy Otozure” as well.

Bettei Otozure was featured in a special pamphlet titled “SPECIAL JAPON -La mer intérieure de Seto-” in the French magazine “Hotel & Lodge,” which features luxury hotels from around the world.

In “SPECIAL JAPON,” the sightseeing delights of the 7 prefectures that surround the Seto Inland Sea (Hyogo, Okayama, Hiroshima, Yamaguchi, Tokushima, Kagawa, and Ehime Prefectures) are featured, and Bettei Otozure was introduced under hotels and ryokan that offer the best in hospitality and dining along the Seto Inland Sea. A section on the Seto Inland Sea area was also published in the main “Hotel & Lodge” magazine, and we hear that interest in the area is growing in France.

Bettei Otozure was featured in the December special, “Delicious Winter 2015” in the international edition of the magazine Katei Gaho.

The ryokan was introduced alongside Yamaguchi’s famous pufferfish.

Bettei Otozure was featured in the June issue of the Wallet Street Journal Magazine, in the article “Hot Properties: East Meets West”